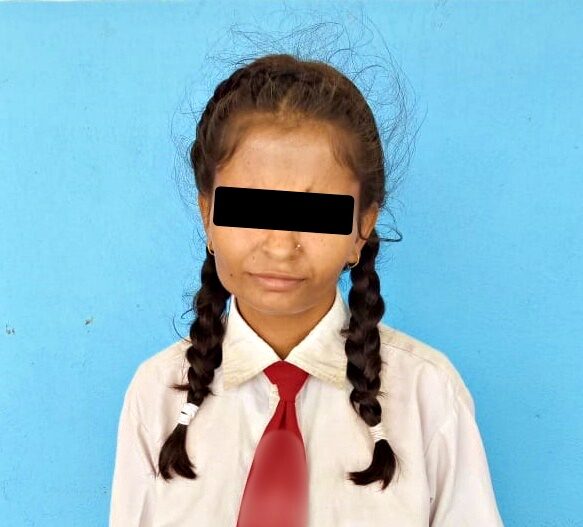 When Sony was a little girl, her mother passed away, and her father remarried a hateful and cruel woman. Her new stepmother constantly beat her and forced her to work from dawn until late into the night. Sony’s father never defended her or protected her from her stepmother’s daily abuse. She never received nurturing care, healthy food, or new clothing. Schooling was only a distant dream for Sony.

One day, Sony felt too sick to work, and her stepmother flew into a rage, brutally beating her. Sony cried, but no one saved her from her stepmother’s wrath. After enduring this abuse over and over again, Sony fled from her home at the young age of seven.

Sony worked at several places just to survive, but because of the abuse she suffered, she has difficulty remembering details of her past. She regularly visits a doctor who is helping her cope with the trauma of her past, so she can heal and thrive in freedom.

Before our team rescued Sony, she was working in a small restaurant from early morning until late at night. Among other restaurant chores, she cleaned tables, washed dishes, cooked food, and waited on customers. In return, she was given food and a place to sleep.

The restaurant owners and customers nicknamed her “Lati,” which means “one who cannot speak or hear well.” Because of this, the owners’ sons took advantage of Sony. Every night, Sony lived the same nightmare. The debased and abusive sons sexually assaulted this precious child and used her for their own pleasure. Since she couldn’t speak well, they knew she wouldn’t tell their parents, so they continued to violate her.

However, in February 2018, our team rescued Sony out of this darkness and brought her into a life of hope and freedom. Today, she is full of joy because she lives with a family who loves and supports her. Currently, she is learning how to read, and she loves to pray. One of her favorite things to do is go to church where she sings and dances with other children. Allowed to be a child again, Sony is flourishing in her new life and dreams about the possibilities of her future.

Subscribe to receive our emails and stay up-to-date on our mission to Rescue, Restore, and Raise Up victims of human trafficking.